In the words of Lord Baden Powell: “Be prepared.” In my own meager preparations, I decided to check propagation forecasts. It’s natural in my line of work as a meteorologist for everyone to want and expect a weather forecast. We devote substantial resources, computational and human, to prepare, explain, and disseminate weather forecasts. As much as people complain about weather forecasts, I we’re not nearly as good at forecasting HF propagation as we are weather: that’s not meant as a dig. Rather, it means that we’ve not devoted the needed resources to it. Fundamentally, we don’t yet know well enough quite how it all works to form a good mathematical model of the process. That said, we *do* have a good idea about what to expect *on average*, over a given period given a the time of year, time of day, path description, and SSN. Unlike weather models, which are dynamical (meaning they respond to outside forcing) HF propagation models are statistical.

To that end I decided to run some predictions of propagation from the Crozet Islands to central Oklahoma for Dec 2022, Jan, Feb, and Mar 2023. I chose a dipole at 10 m above the ground on the Crozet (transmit) end and a dipole at 15 m on our end. These are reasonable and manageable antennas. Stacked yagis on 120 ft towers make for stronger signals but don’t create a path if there isn’t one. We don’t have the HAARP power levels needed to manipulate the ionosphere. I chose 100 W for the transmitter. So, what might we expect?

Since the reflector rejects any attachments, I sent images to Jeff so he could put them on our web site as an “online addendum.” What I find interesting is that we get two openings a day: short path in the afternoon and long path in the morning. Neither traverses the polar regions or the (climatological) auroral circle, which means we shouldn’t have too hard a time of it. In December, long-path gives us better than 70% reliability on 15, 17, 20, and 30 m from roughly 14-17 UTC. our afternoon opening is best on 20 m between about 01-04 UTC.

Not much changes into March, which is roughly how good statistical models should behave. 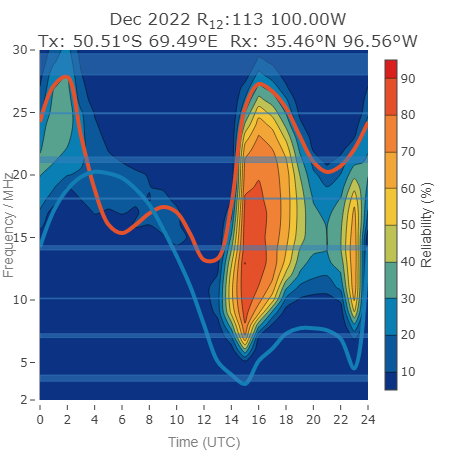 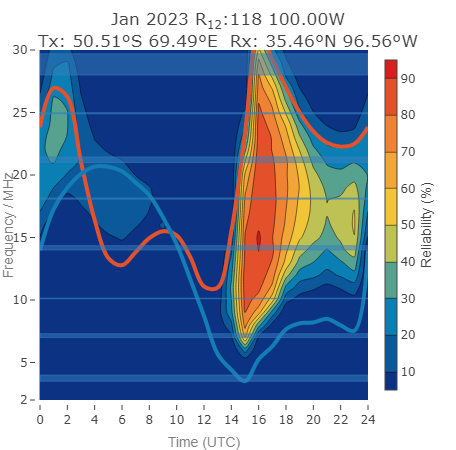 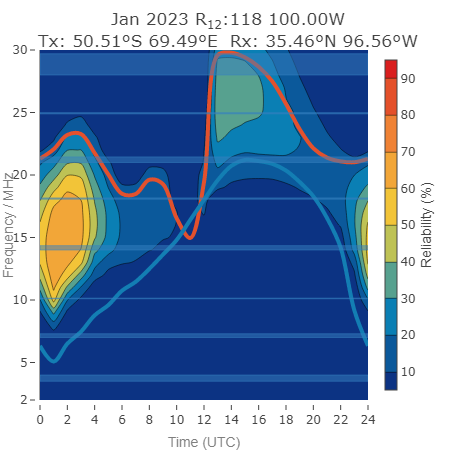 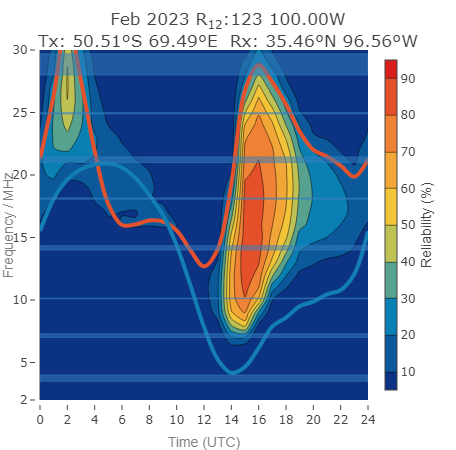 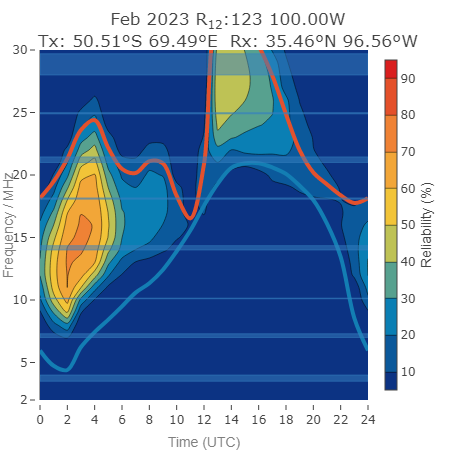 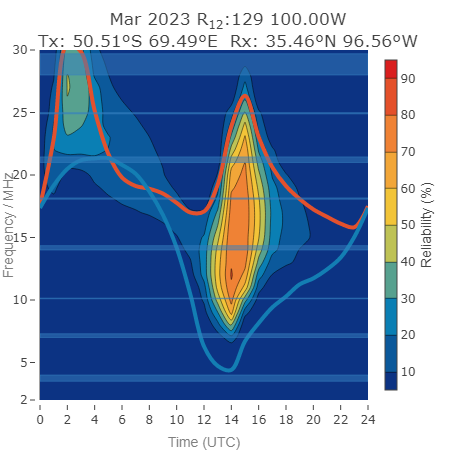 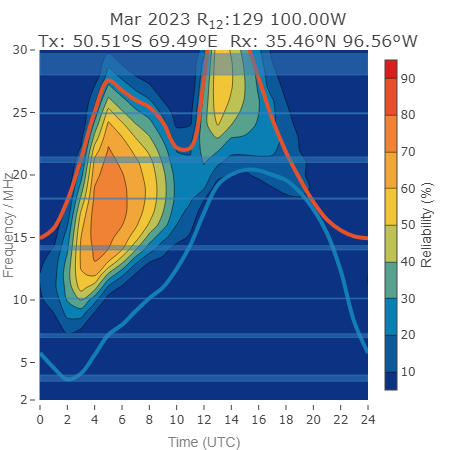